The hard part haircut, also referred to as a shaved part or line in haircut, is a modern variation of the classic side part that has become a popular hair design for men. In terms of cool haircut parts, a shaved in part offers a new but awesome way to customize a style. Because the hard part hairstyle provides a line in the scalp for contrast, it can be added to many different haircuts such as the fade, undercut, side part, quiff, pompadour, or comb over.

Ultimately, trendy hard part hair is about embracing a new edge in parted haircuts for men while confidently extracting some classic influence. If you’re excited to try a thick razor line haircut on your next visit to the barbershop, here are the best men’s hard part haircuts to try right now.

What Is The Hard Part Haircut?

Any modern gentleman can add a stylish hard part to their haircut. The hard part hairstyle is structured to divide your hair into two sections, often along the natural part in your hair. The thickness of the part comes down to personal preference.

By shaving the line into your scalp, the contrast creates a unique design that looks great with most fades. This powerful technique masterfully separates the sides from the top, although some guys prefer a razor line as part of a hair design in their fade.

How To Cut and Get A Hard Part

Because shaving a part into your hair requires absolute precision, we don’t recommend men trim their own hard part. Fortunately, any skilled barber is capable of cutting a part for you.

All that is needed to cut and get a hard part is neatly dividing your hair along its natural part line, and following it from the forehead back. If you’re choosing this line in design, just remember it requires constant maintenance; otherwise, the part will quickly grow and disappear.

Once you find your natural part, or wherever you prefer your hard part to be, your barber will create a natural pathway to separate the hair with a straight edge razor. The thickness of the part is up to you, but the depth of the cut will always run perfectly flush with the scalp.

If you’re having trouble communicating what you want to your barber, be sure to show him a picture of the hard part haircut you want!

How To Style The Hard Part

When it comes to styling your razor part cut, you’re only limited by the hairstyle you have. Because your sides will be faded short and the hair on top will be longer, no matter how thick your part is, guys have the freedom to style any look they want. As such, there are no hard guidelines to style a hard part.

But keep in mind that the longer you keep the top, the more dramatic the contrast will be. Styling away from the part, to keep it exposed, is generally the best approach (i.e. a comb over or hard side part).

Best Hairstyles For The Hard Part

Since haircuts with lines on the sides have become popular lately, you’ll find a variety of distinctive hard part styles to take inspiration from. For instance, one of the best examples of how to style a perfect hard part is Cristiano Ronaldo. He’s opted for a trifecta – an undercut, comb over, and hard part combination.

A vintage quiff also does justice to this look by effortlessly combining a classic hairstyle with a modern touch. Similarly, a razor part can accentuate a buzz cut or high skin fade. At last, strategically placed lines in your hair can make any hairstyle look cooler.

Every generation has its comeback, and right now, it’s the part. It just so happens that shaved hard parts have evolved into the simple, yet hip designs offered in barbershops today. Between classic and modern, the hard part for men is a blunt, confident cut that boldly calls attention to itself, and works seamlessly with any kind of hair texture.

If you’re looking to make a statement, check out the best hard part haircuts below!

Low Bald Fade with Hard Part and Comb Over

Mid Fade with Hard Side Part

Low Bald Fade with Comb Over and Hard Part

High Fade with Hard Side Part and Edge Up

High Skin Fade and Line Up with Hard Part Pomp

Low Fade Comb Over and Part

Mid Bald Fade and Shape Up with Parted Textured Hair 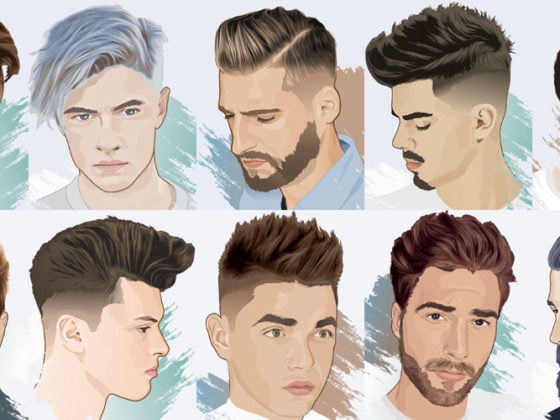 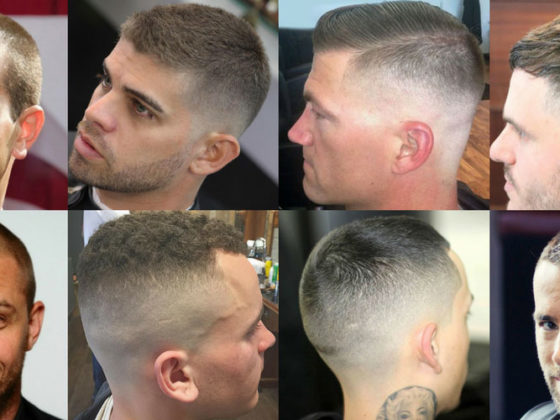