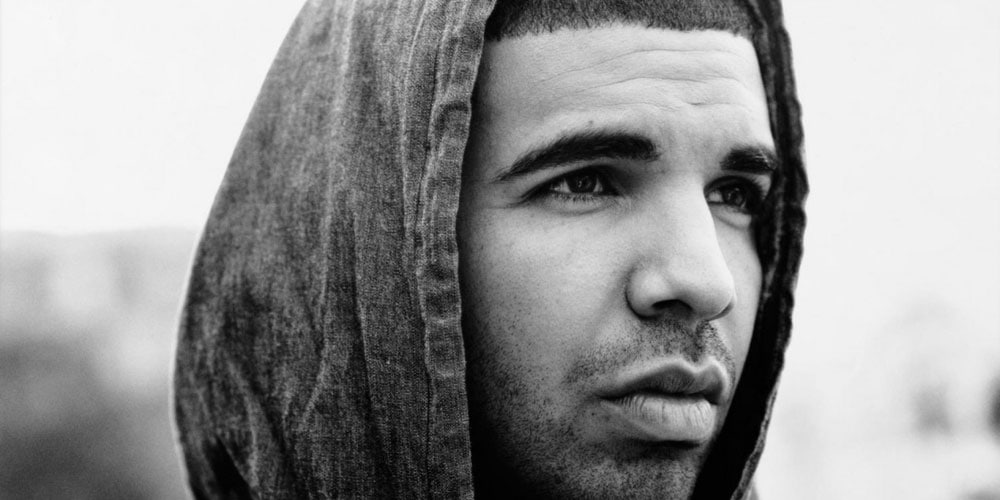 Drake’s haircut continues to be a popular men’s hairstyle. Simple and low-maintenance, Drake’s hair usually consists of a buzz cut with a low or high fade on the sides and a line up at the hairline. Drizzy even sometimes incorporates a part in his hair for a more unique look. However, when the rapper let’s his hair grow out longer, Drake’s new hairstyle of choice is a short curly afro. Combined with facial hair, Drake’s fade and classic style is one to emulate.

While the Drake haircut and hairstyle hasn’t really changed over the years, Drizzy was still named GQ’s best-dressed man of 2017, and we believe his fresh cut hair made him all the more fashionable! Whether you want a skin fade with a beard, a hard part line etched into your head or a sweet shape up, check out Drake’s new haircuts. 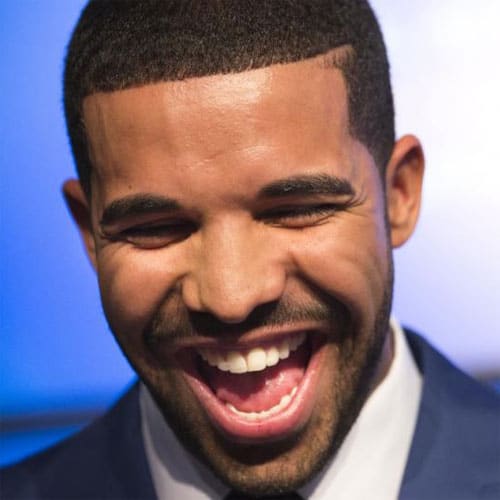 Drake’s favorite hairstyle is a soft, low-maintenance buzz cut with a line up etched across the top of his forehead and a subtle fade on the sides. He also sports a simple thick beard. 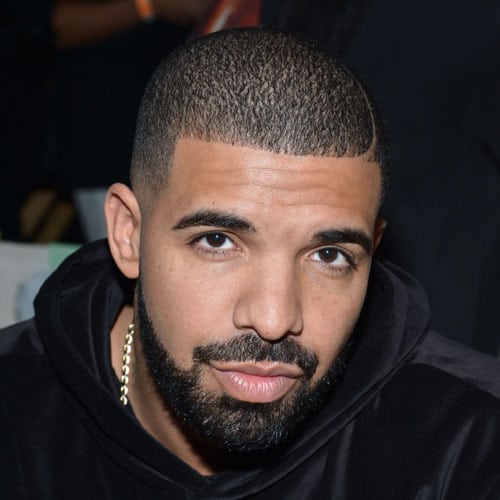 In this look, the iconic rapper opts for a shorter buzz cut with a low skin fade around his whole head. Drake’s fade is buzzed in with a shape up around the hairline and one noticeable curved line carved into his hair. He also lets his full beard grow out to its peak fullness. 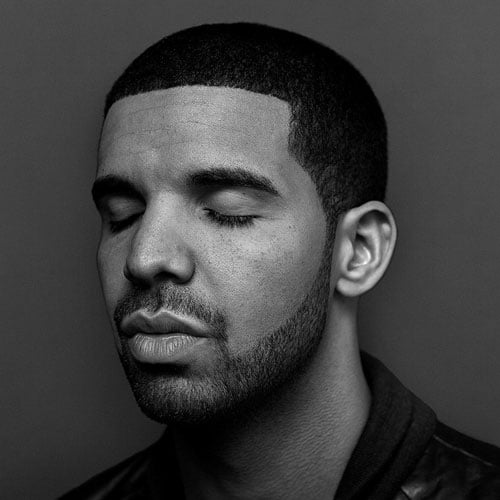 In this sleek, clean-cut look, Drake has a short buzz cut with his usual style of rectangular lines framing his face. His sideburns line up and connect with his beard, which is cut into a clean chinstrap line and subtle mustache. 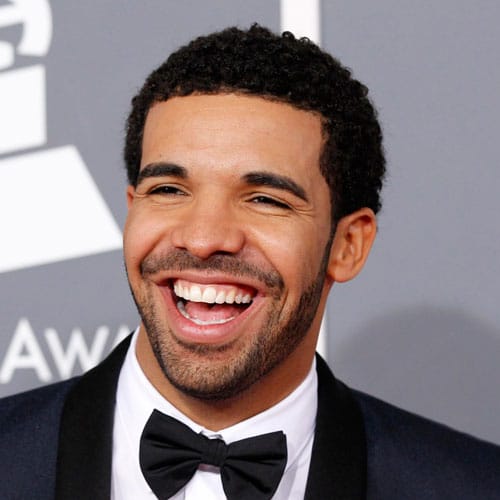 This look is most commonly acquainted with the Canadian hip-hop star’s younger days. He goes for a more natural look with a short, curly Afro and a fine beard. 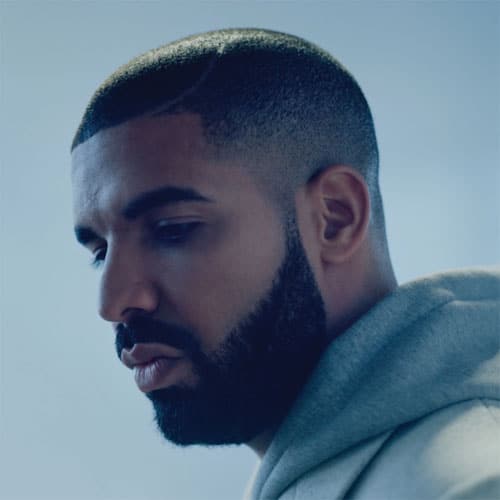 Here, Drake shaved his head with a high skin fade on the sides and subtle sideburns lines connecting the faded hair to a thick, full beard. 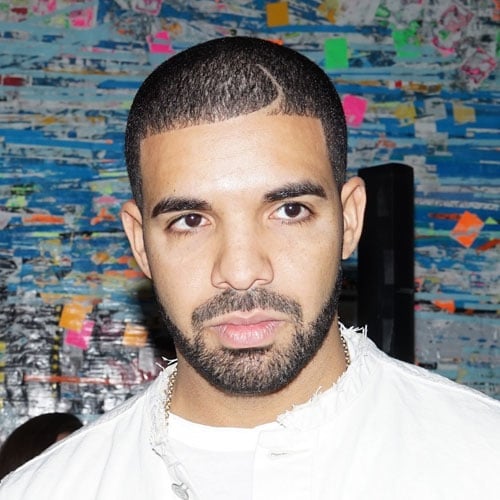 In this look, Drake again shows off a buzzed top and beard combination, but most prominent is the line buzzed into his haircut. Many have taken notice of the recognizable line in his hair, attempting to replicate the look. 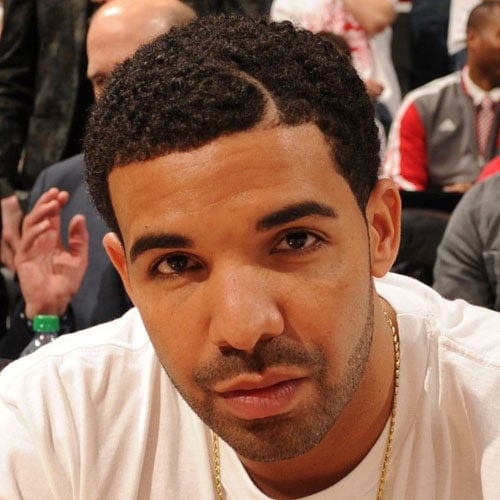 With the prominent part still buzzed into his hairline, Drake keeps his hair short but instead of a buzz cut, he lets his hair grow out into a short Afro and a thin, shaped beard. This stylish Drake haircut looks good because his curly hair adds an extra sense of style. 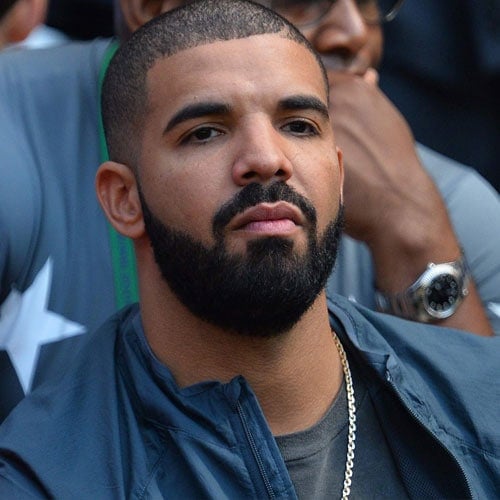 Here, the singer dons a barely-there skin faded cut on his entire head and lets his facial hair grow out into a dense, full-faced beard. 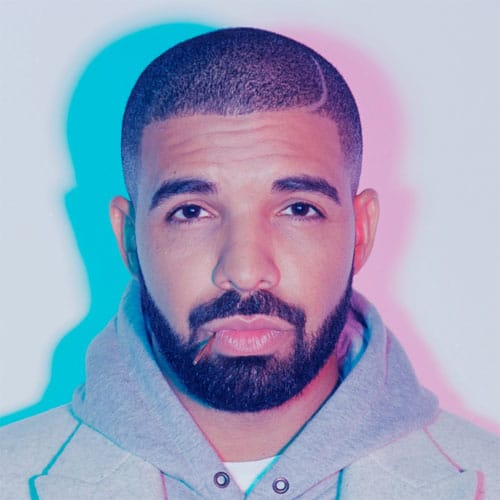 In Drake’s iconic ‘Hotline Bling’ look, the rapper rocks his signature very short buzzed haircut and trademark line in his hair. While his beard is still full and thick, it’s also tamed and groomed into a cleaner shape that frames his face perfectly.

Giving yourself a haircut can be tricky, but more guys are learning to cut men's hair than ever before. Men who cut their own...