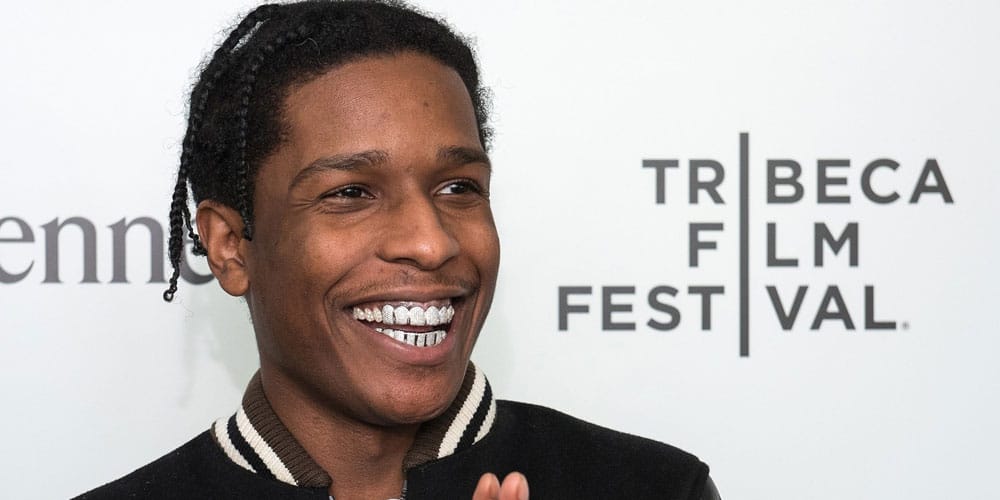 ASAP Rocky’s braids and cool long hair have been making waves in the fashion and music industry for their casual, yet stylish look. More importantly, ASAP Rocky’s hair helped pave the way for the man braid. And while the rapper is more commonly known as an artist, there’s no denying that his cuts and styles are fresh. From ASAP Rocky’s dreads to French braids to long straight hair, see our gallery of the star’s hottest hairstyles.

Most people wonder what kind of braids does A$AP Rocky have? For those curious about the proper hairstyle name, A$AP Rocky’s braids are called box braids, referring to the square pattern in which the hair is braided. However, sometimes barbers will refer to them as cornrows or dreads.

The rapper also incorporates some trendy twists to his braids by either tying all of his hair in a ponytail or leaving a few strands out for an asymmetric look. Similarly, ASAP Rocky’s French braids were a new variation of his look.

Check out the various ASAP Rocky hairstyles below, including many of the different ways he styles his signature long braids! 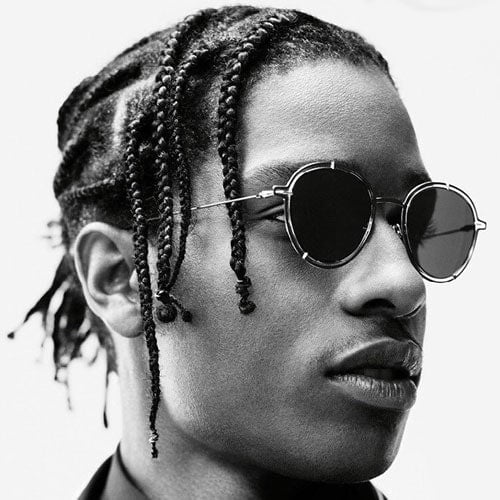 Pictured here is ASAP Rocky’s trademark style: the boxed braids. Separated into different sections, the braids are long enough to fall over the side of his face in the front and are pulled into a ponytail in the back. 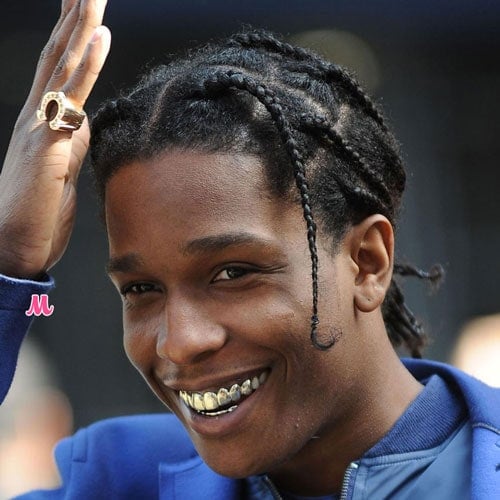 The famous rapper’s cornrows are still styled into boxed sections, but here he wears a middle part with two braids hanging over either side of his face. 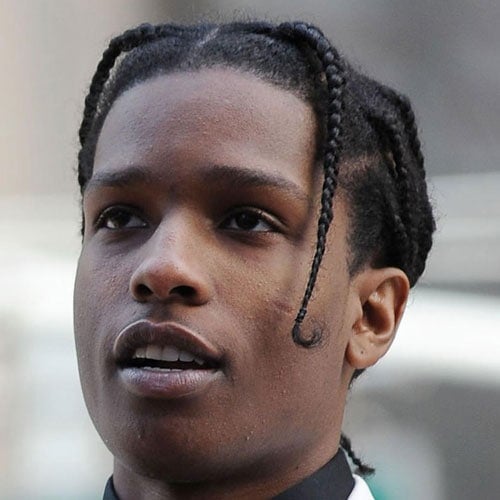 As a low-maintenance look, braids can be tied in the back or let loose. 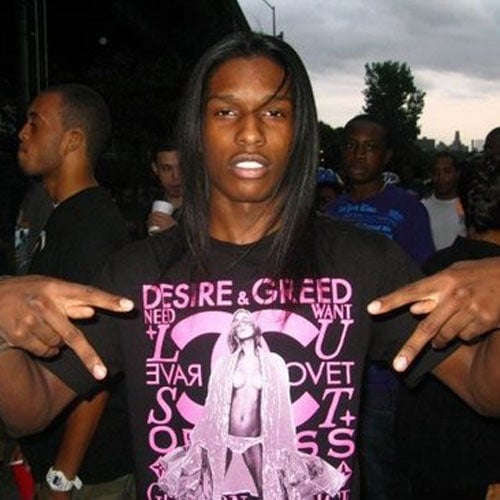 Pictured above is one of the unique instances where ASAP Rocky sports long straight hair. 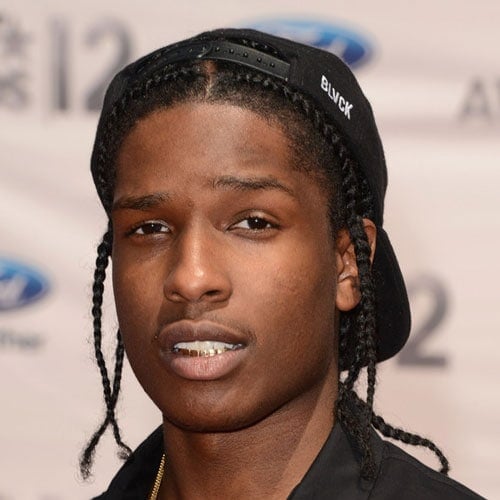 Here, he opts for cool braids shaped across the front of his head that are long enough to fall down to his shoulders. 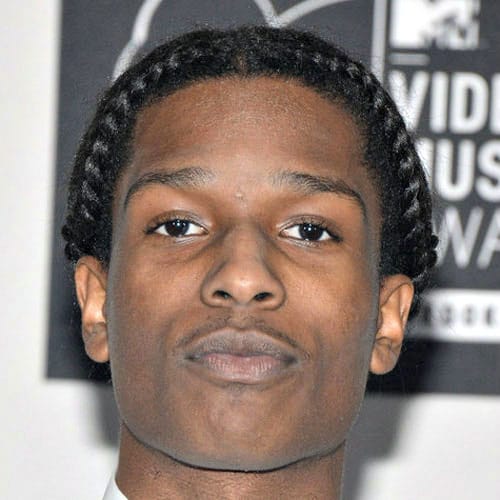 In this photo, ASAP changes up his usual style with two thick French braids framing his face, and lets the rest of his hair lay natural in the back. He’s also helped publicize the French braid look for men. 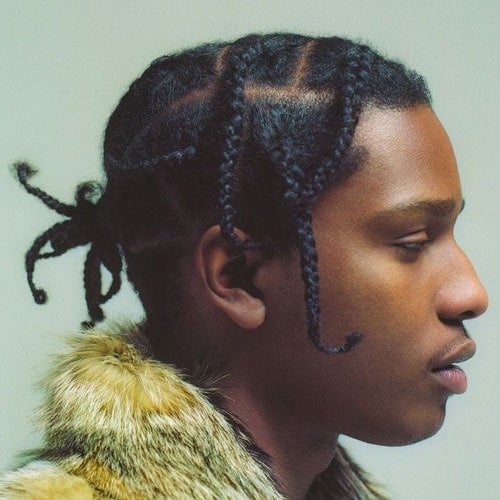 Going back to his signature braided hair, the rapper pulls the ends into a small, stylish ponytail in the back, while letting the front dreads fall in different directions for an asymmetrical look. 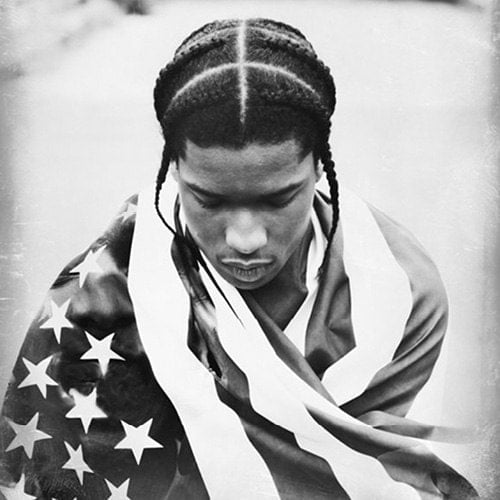 ASAP dons French braids again. This time there are three braids on each side of his head separated by a straight, even part down the middle. He also has a straight-edged line up for his hairline. 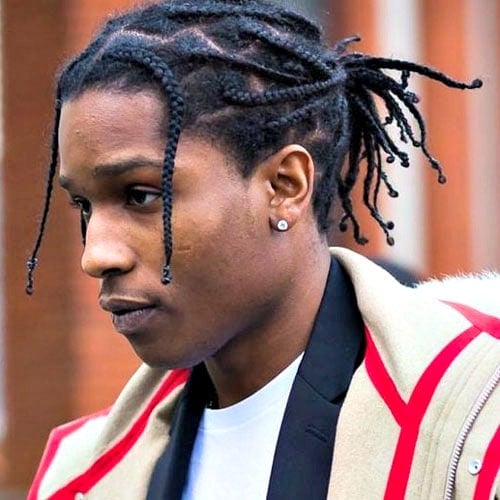 ASAP Rocky shows off his classic style of dreads scattered all over his scalp. With two braids framing his face, the hair on his scalp has grown out enough to make the sections blend together for a more natural look.

Giving yourself a haircut can be tricky, but more guys are learning to cut men's hair than ever before. Men who cut their own...